Edit
This article is a stub. You can help Memories of Mars Wiki by expanding it.

This is the world in Memories of Mars.

Originally colonized by humans, regulations and laws on Mars was not caught up as fast as Earth's standards. This led to a gold-rush fever for many people and corporation capitalism started to lead an expedition to Mars.

A major issue arise about space travel was shipping humans becoming a costly figure, therefore a company stood out and developed cloning capabilities to help provide labor on the red planet. Accepted by human society on Earth that cloning is to become as a necessity for progress, a slave production system was born for the venture to Mars. 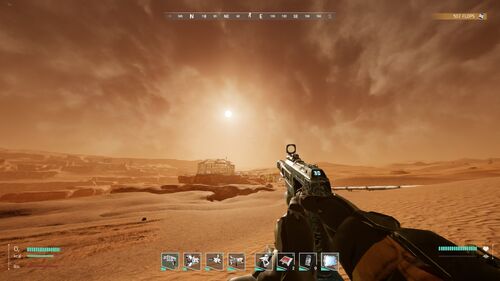 Without natural resources found on Mars, primary power was dependent from an orbital satellite system named "Mother" to supply everyone on the red planet. This system created a currency to convert raw power into processing power, named "FLOPs".

Using FLOPs virtually ran everything in managing the Artificial Intelligent that assisted the workforce to the construction of structures. A large computing network was built on the surface and connected everything to Mother who held all the data.

Whenever a person from Earth wishes to work to Mars in the form of a clone, they are made sure to register all their personal information that is uploaded into the Mother's system.

This enables the users to be granted the benefit of FLOPs and the user information is backed up into a lifeform protection database to prevent in an occassion of unknown entities or invaders attacking.

Months after its maiden voyage, progress on Mars went smoothly. Large mining rigs were set up on the surface, numerous scientists came to push the limits of their research as well as arms manufacturers further developing their weapons technology. With what knowledge & materials they have gathered, corporations had the intent of bring these back to Earth and monopolize these to reap lucrative profits.

However, a natural disaster in the form of coronal mass ejection from the Sun strikes the planet. This event temporarily disables Mothers from her functions including all administrative rights and permissions over the system on Mars, thus vitally resetting all status of the living colonist on Mars.

An untold period of time passes on, the cloning facility is suddenly reactivated from the efforts of Mother rebooting the system and unconsciously awoken you from your slumber. As a survivor on Mars, you now face the task in solving this puzzle of what actually happened to Mars and things may not be as what it seems. 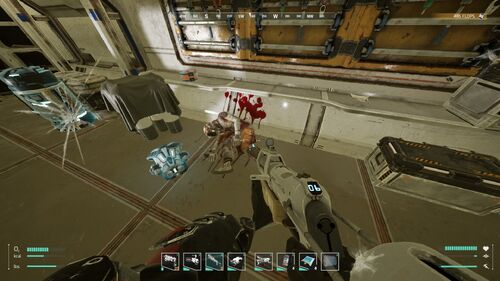 As you gather your bearings after being awoken from slumber, you notice a large monitor with large numbers with the scrolling red words "Warning: Coronal Mass Ejection".

Leftover research notes around the cloning facility explains that Mars is constantly bombarded by intense bursts of radiation, brought by clouds of solar material also known as Coronal Mass Ejections (CME). These CMEs can cause major interference with every electronics while exposing living beings to hazardous radiation levels. Reports indicate that these events often occur every 8 weeks per cycle.

Existing equipment that is scattered around the Mars colonies shows that memories of an individual can be "updated and stored" onto Mother's satellite network and replanted back into a new clone should a disaster or unfortunate event occur to the individual. With limited time till the timer on the large screen hits zero, you have much work to do. 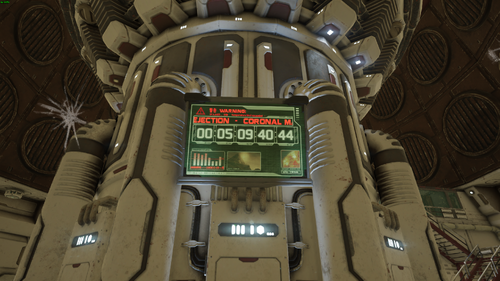 This map shows locations of bases and abandoned structures left on Mars by the previous colony.
Updated Map for MoM Season 2 with Individualizer & new Point of Interest locations. 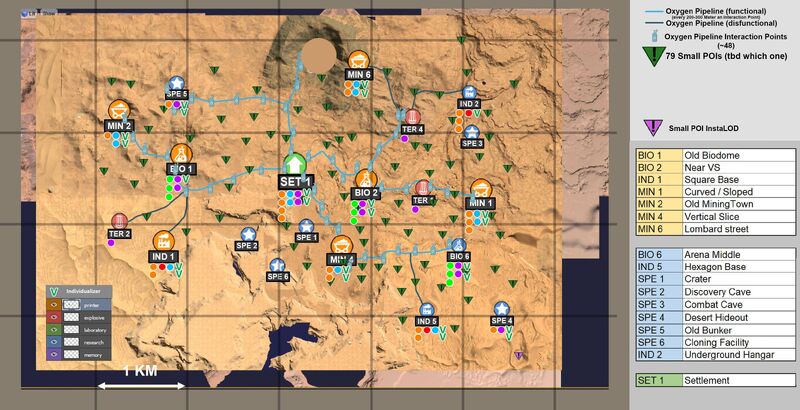